This last week we are putting all our learning together and creating a Tudor timeline. There is a Tudor quiz PowerPoint then a timeline to complete. You may need to research a bit online to complete. Once you have done this your final activity is to design your own timeline of Tudor events. Please take a picture of your final product and post it to me on Class Dojo

This week we are looking at the greatest victory in Elizabeth I's reign: the defeat of the Spanish Armada. King Philip had created the world's most powerful navy, with galleons twice the size of the British ships. We will look at the causes of the Armada and then what happened during the battle and the reasons for the defeat of this mighty fleet.

This week we are looking at the reign of Elizabeth I - a very different monarch to her unpopular half-sister! We are thinking about how she presented herself as a monarch. The Tudors did not have cameras or television. There was no social media so the only way they could present an image of themselves was either in person or in portraits. Naturally, Elizabeth used her portraits to tell a story and this is the focus of this week's learning. - What image did she want to convey?

You can also do a portrait of yourself in Tudor style. What image would you want to convey of yourself?

Last week we looked at what it must have been like for Edward VI to inherit the throne at the age of 9. What issues do you think he had to deal with? This week we are looking at the reign of his older sister Mary. She earned the title of 'Bloody Mary' from her short reign and we are going to explore why and if this title was really deserved.

This week we will be looking at the short reign of Edward VI, the son of Henry VIII and Jane Seymour.  Can you imagine what it would be like to become king at the age of 9? That is younger than you!

Make three lists under three headings: what they liked when they were nine, what they disliked and any responsibilities they had. They can record this on their Activity Sheet. On the next slide, some information is given about Edward VI and students are asked to compile three lists for Edward at age nine.

Main Activities Edward VI This slide gives some background to Edward VI.
Somerset and Northumberland These slides introduce Edward’s two Protectors. You should read through the information given on the Fact Cards and rate each man with a score out of five for a list of criteria found on the Activity Sheet. When you have completed this task, you should explain which man was best at looking after Edward, which would be best for the country and which would be best for religion in England.

Read the evidence boxes about Edward's death on the Activity Sheet and colour code each one to be evidence of Edward VI dying of natural causes and evidence of foul play or murder. When complete, can you explain how you think Edward died on your Activity Sheet?

This week we will be thinking about why Henry VIII broke with the Catholic church and risked everything to divorce Catherine of Aragon and marry Anne Boleyn!

Welcome to the Tudors!

In HT6 we are focusing on a new topic to replace the traditional work relating to a leaver's play. It is a shame that we can not do the play but these are exceptional circumstances. The Tudors is a fantastic area of history with some of the most interesting monarchs to ever rule England and Wales. We are going to start with Henry VIII, then look at each of his children who became a monarch in their own right: Edward VI, Mary and Elizabeth I

This week we are starting to look at a very sad aspect of WW2 - the holocaust. Many people were effected by the events of WW2 but no so much as the marginalised groups, in particular the Jewish people.  You may remember that in class we looked at how the rights of Jews were slowly destroyed in Germany long before the outbreak of the war. During the war, Jews were forced to leave their homes to live in cramped ghettos, and then, later, most were shipped to concentration and extermination camps.

Anne Frank was a young Jewish girl, who left Germany and hid, with her family, in a small annex in Amsterdam during the war. She wrote about her time in hiding in her diary. We are going to research her life and think about what we can learn from the historical record of her diary. What sort of girl do you think Anne Frank was? Why is she an important person in history and why is it important that we remember what happened to her and her family?

The activities are below.

This topic can be very sad and some of you may feel you want to talk about some of the events with your parents, carers or you can contact me through Class Dojo. Read the fact file about Anne Frank. Then complete the piece of work attached. Anne describes her secret annex living space in her diary. Using the diary's description, have a go at drawing what you think the secret annex looked like. Once you have done this you can see what it really looked like by searching for it on the Internet.

”I hope I will be able to confide everything to you, as I have never been able to confide in anyone, and I hope you will be a great source of comfort and support.”
-Anne Frank, 12 June 1942

Anne Frank was given her beloved diary for her 13th birthday – it was to become her friend and confidante during her time in hiding in the Secret Annexe. She even gave it a name – Kitty. Writing during the Second World War Anne writes about the treatment of Jewish people, her life, her time in hiding and the impact all of this this had on her family.

While Anne had her rights and freedoms forcibly removed because she was Jewish, and was eventually killed by the Nazis, our rights have been restricted through social distancing in an attempt to keep us all safe from coronavirus. So there are similarities here, and also some big differences.

During this time of lockdown, why not be inspired by Anne and try keeping your own diary, or start with a single entry!

One of the interesting areas of study of WW2 was how it effected the lives of women. Women were expected to help out with the war effort in a variety of ways and it gave them the opportunity to move away from running the home to working in all sorts of different environments, often in what were previously considered 'men's jobs'.  Women rose to this challenge and things changed forever. This week we will look at how life changed and think about what it must have felt like for those who experienced those changes. Read the PowerPoint and follow the links to complete the activities.

This Friday is the 75th anniversary of VE Day. VE stands for victory in Europe. The day that Germany surrendered to the allies. There were huge celebrations and street parties all across the country! 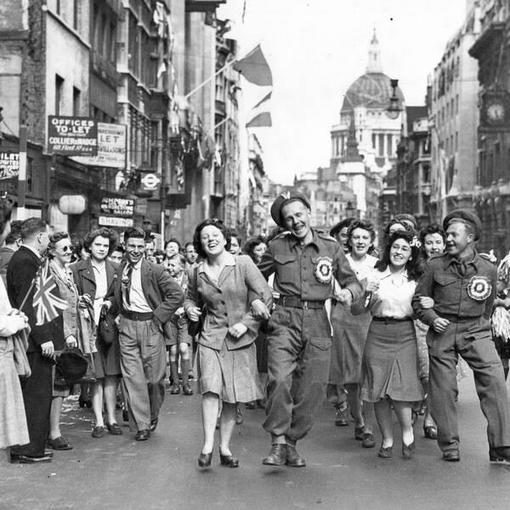 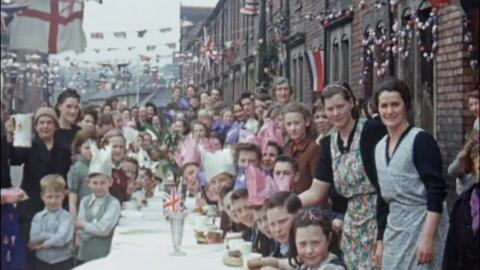 The following activities are all related to VE Day. Hope you have fun doing them! You may even have your own stay at home VE Day party!

We will be starting the Summer term looking at a key event during World War 2:  D - Day. Many have argued that this was the pivotal event that changed the direction of the war and we will be exploring the validity of this.  We will also be thinking about what the experience must have been like for a soldier crossing the channel and about to run out onto one of the beaches. Please watch the video by Imperial War Museum then read the article and complete the following comprehension about D-Day. There are 2 levels - choose either the core activity or the higher level activity.

To finish the work on D Day this week here are a couple of fun activity. Complete the wordsearch by finding the key vocabulary relating to the event and design your own D Day medal.

We have also looked at what happened during the Blitz. How did the cities cope with the constant bombardment from the German Luftwaffe?

Now we are going to be looking at the evacuation and how this impacted on the country. Think about William Beech. Can you remember how he felt? What about Mister Tom? How did he feel about having to take in an evacuee he knew nothing about? Do you think it would have been frightening for either of them?

Follow this PowerPoint and consider the key questions at the end elating to the changing attitudes towards evacuation throughout WW2.